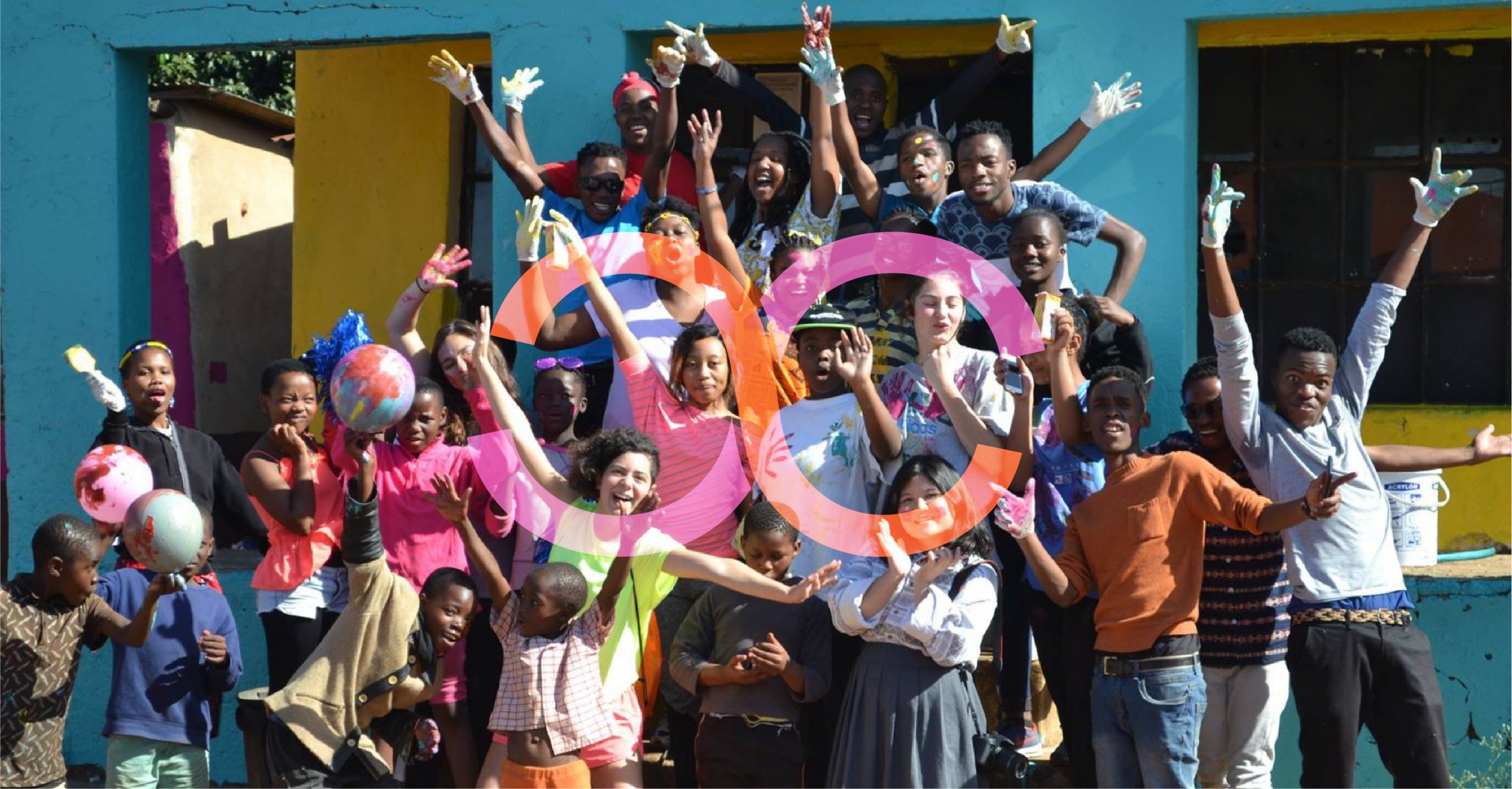 As a 15 year old girl, Lika had a dream – to paint the entire world with happiness. As somebody who equates colours with happiness, she initiated a project to bring colours to the lives of those who need them, both literally and figuratively. “Paint The World”,  which is also a product of a deep-rooted friendship between Lika Torikashvili from Georgia and Aziza Aznizan from Malaysia is now 6 years old. As a part of their activities, teenagers show up at hospitals, refugee camps, orphanages, shelters of disabled people and elderly homes dressed up colourfully as princes, princesses or clowns with face paints, balloons and other props. They also engage in conversations and fun activities with the inmates. In countries shadowed by extreme poverty, they visit villages and hospitals where they host a variety of events. Innovative ideas like the “Colourful villages project” are also executed, where they take up colours and paint the huts in rural areas. “The organisation wasn’t conceived as a charity program but rather as a movement to celebrate togetherness, positivity and optimism. It aims make the youth aware of the energy and potential they possess to initiate changes they want to see around them.” says Lika. What makes Lika’s initiative even more special is the vibrant coming together of people irrespective of their age, nationality and personal background to contribute even with just their sole presence. “In the midst of all the chaos, there are people who are depressed and yet eager to play with you and find happiness in whatever little ways they can. All the games, the singing and dancing make their day! There is always such good energy.” says Lika. The journey wasn’t easy for Lika as she faced a lot of difficulties in organising and bringing people together. “It’s a movement where you have to keep your spirits high and keep planning. There is a need to stay creative”, says Lika. Despite the initial difficulty faced in funding, they managed to convince the managers of local branches of corporate houses to sponsor the project. With time, the project even received overwhelming support from media, political leaders as well as leviathan world organisations. Today, Paint the World comprises of around fifty people permanently involved in the organisation and a whopping hundred volunteers in each in every country they are active in. The team intends to expand globally in the next couple of years, to do more projects and to spread more colours to grey areas. The painters of the world have so far covered a commendable lot of countries including Georgia, UK, Malaysia, Netherlands, France, Belgium, Swaziland, Hong Kong and Oman among others. As the next step, the Painters of the World also aspire to collaborate with eminent personalities like Malala Yousafzai. With three more years to go for graduation and with a lot of multitasking to do, Lika claims that nothing would ever stand in the way of her happiness project. “If you really really want it, you will make it happen. It’s not about the money but about the feeling. When you make someone happy, you get a feeling of accomplishment.” says Lika. With the kind of success they have achieved so far, the day their colours would spread on the world canvas isn’t far away.

Happiness is not a state you are constantly in. It lies in little things that can make your day- a song, a hug or a cookie at a time you really need it gives you immense happiness! It is so easy.

A Miracle in The StormA CRY FOR HELP, fighting teenage suicide, one step at a time