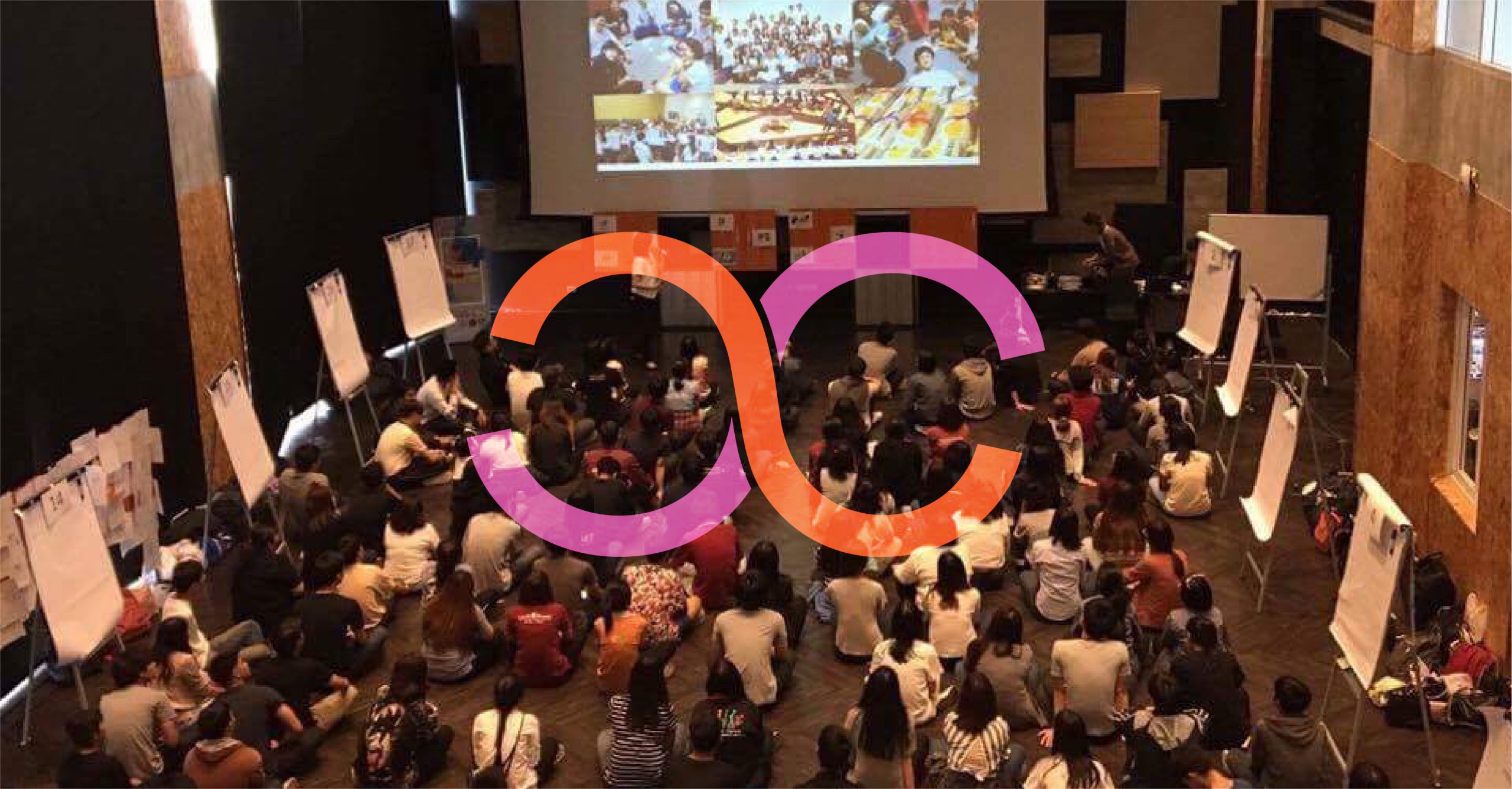 In a world where change is constantly happening, a mindset for innovation is indispensable. That is especially true for the case of Nathamon Winnavoravej (preferably Fah as in the music note as she said), a young innovator who strives to bring about changes to an old-fashioned education system through the concept of Design Thinking. A dark horse in Thailand’s education scene, what Fah can bring to the table is no short of a wonder to many people. In a short span of an evening coffee talk, we attempted to bring out what she has to share.

Fah’s story started when she graduated. She realized that she was eager to help transform Thai education system. She decided to join Asian Leadership Academy, a social organization founded by Stanford Alumni May Sripatanaskul – CEO and Co-founder of Asian Leadership Academy and LUKKID and ALA Leadership Lab, a leadership camp that Fah was selected to be a participant when she was a third-year college student. “We knew each other when I joined the camp. After I graduated I started working here as my first workplace,” she said. After working for ALA, Fah decided to explore on Design Thinking. Regarding the subject, she had taken additional executive courses in design thinking with MIT and Emeritus Institute of Management and realized that additional exposure in the internal community is very crucial in sharing the practice of Design Thinking.

Around the same time, Fah realized a stagnation that was going under the skin of Thai’s current education system. She noticed that they – Thailand and many Asian countries – were not keeping up with how education has developed significantly worldwide. While countries like the USA have shifted their focus on problem-based education to human-centric programs with the rise of Liberal Arts schools for instance, Asia has been doing nothing but dragging its feet with a heavy curriculum of dozens of subjects that only revolves around getting the desirable scores rather than achieving balance and personal development in each student.

As a result, Fah was determined to change the way education works in Thailand. Venturing more into the world of design methodologies, LUKKID and ALA became her right and left hand. The former empowers businesses and organizations to innovate and grow through design-led innovations and customized co-creation processes. The latter focuses on social organizations that use Design Thinking in social sectors such as social community, healthcare system, and education. Since LUKKID generates a profit while ALA leans towards social good deeds, the income made by LUKKID will subsidize ALA. “In the first days, I practiced Design Thinking through designing and delivering workshops for various organizations, focusing mainly on how the organizations can use the process to come up with new products and services,” she shared.

Being a Director of both projects had entailed quite a handful of problems for Fah. As far as resources went, her team only comprised of 4 people in 3 positions: 1 CEO and Co-Founder, 1 Project Director, 2 Management Associates, and all of whom worked for both LUKKID and ALA. For volunteer projects, they can contact people who can help boost the project by about 20-30 people, a number far from significant. Nevertheless, it did not really stop Fah and her resilience from working much harder on the projects, as she said “More than 4 years, we have customized every workshop’s content based on customers’ or users’ objective. The format is changeable but the core concept (Design thinking) is still the same.”

As an innovator, Fah had a rather strange view in which she did not look for mind-boggling or extremely brand new ideas. Rather, what Fah wanted to see was the execution of one’s ideas. “The core content of Design Thinking is still the same, focusing on people who we aim to target but we applied in Thai context which is in accordance with the principles of this place.” – she said.

In playing fair and square, many opportunities have opened for Fah and her team. They have run numerous workshops in many provinces in Thailand, and have recently incorporated their programs in the optional curriculum for teachers under the Ministry of Education. Fah has much of her focus set on those who can make a large impact on the current situation such as Educators and Students. The advantage of using design thinking in both a business and social context, according to her, are the perspectives that she could gain from working in both sectors. And enhancing those benefits was what Fah and her team aimed for.

To serve her fervent desire to reform education, Fah co-initiated “REDESIGN EDU” where she taught Design Thinking to local teachers so that they would be able to utilize the process for innovative teaching approaches that are tailored to their students’ development. There were ups and downs in her adventures with REDESIGN EDU, but among those memories, the time when she visited a rural school in Chiang Mai – Northern Thailand – to change the school’s outdated teaching approach left the most memorable impression on her as well as on us through her story.

The school was situated on a mountain and it took two hours or more to arrive. To the director’s worry that Fah’s team would not come, she informed them that the trip took no time. It was far from an average school as the place was so cramped that Fah had to hold the workshop in a nearby temple and even set up a screen in front of a Buddha statue. As teachers and students gathered, she quickly picked up what the problem was about. Since the school was in the mountains – even further from innovative education – teachers were simply using Problem-Based Learning in their curriculum.

Another big problem was that the parents also failed to see the advantages of using this concept, and instead tried to focus on results – the testing scores – which in turn, affected students’ learning. Upon reaching to the director, Fah learned about her former educational background as a teacher and her dream to transform education in the school. Both of them talked for long hours about her passion and her hopes, inspiring the whole team. She was still working hard to make an impact on education and create new methods through which teachers can instruct more effectively and students can study less rigidly. “It’s not about one person in a small school. But this is about the passion and vision of the future change-makers in Education in Thailand.”

When being asked about the future of the project, Fah said, “For me, I am planning to study Master Degree on Marketing in Thailand. And I hope to apply my specialize to create value and leverage ALA and LUKKID. In the next 5-10 years, we also expect to see the new changemakers who have human-centric mindsets try to change the Thai Education system. If such a future is true, the schools and universities will not be only places for learning, but also for producing high-potential students who will be next generation’s leaders in Thailand.” From Law School to Laying Foundations: How one Man is Changing Korea’s Indie Scene?Bridging Boundaries: How To Empower Communities And Fight Food Waste, All At Once