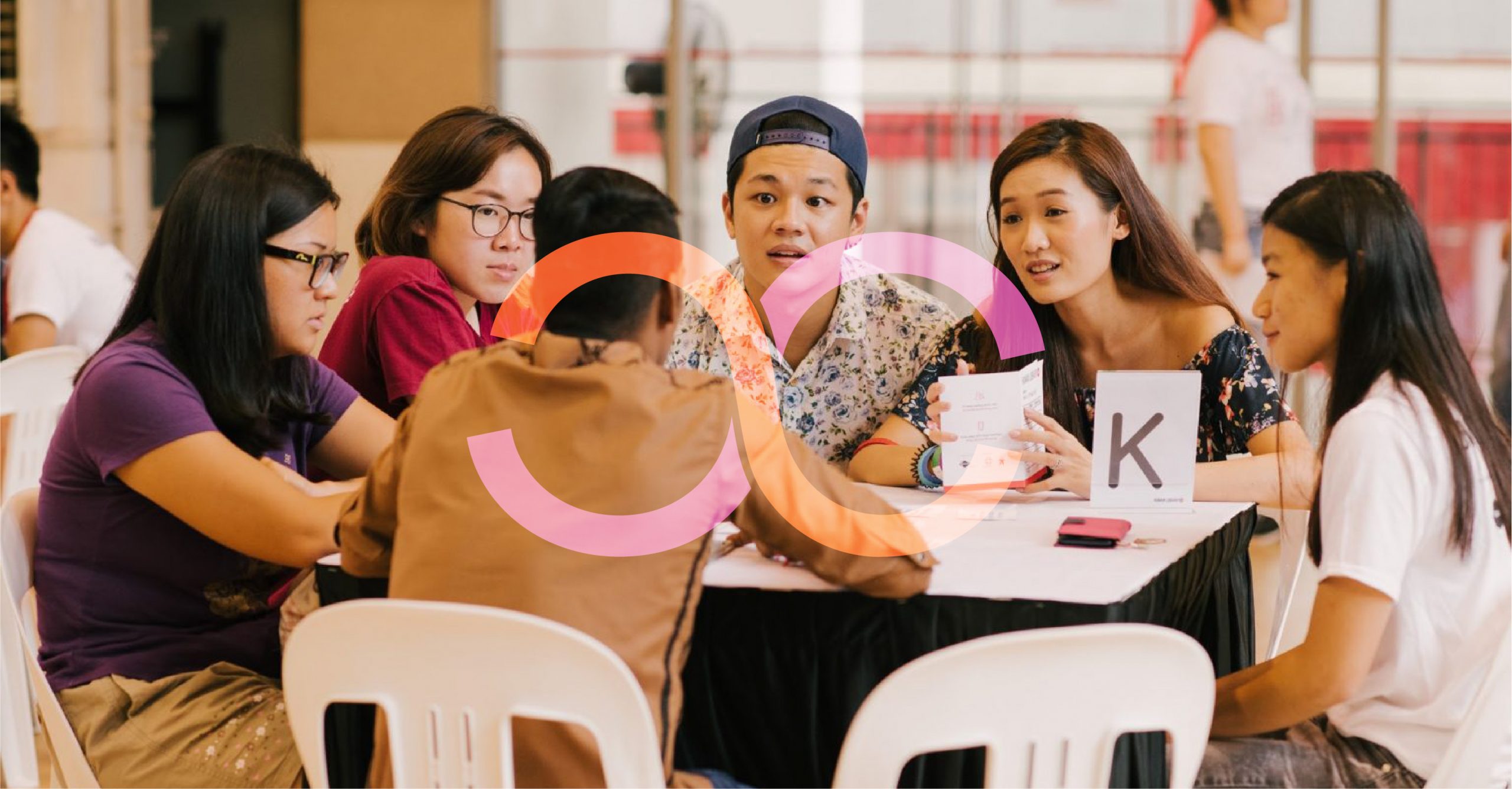 Ever thought of what would happen if you sat down, and had a sincere and objective conversation with a person who shares utterly contrasting standpoints? Chances that it could bring you closer together?

With the enthusiasm for mental health and human connections, Kelly Ann Zainal graduated with a major in psychology from the National University of Singapore and currently works as a mental health researcher specializing in eating disorders in the day and a volunteer for social campaigns by night. In addition, this talented woman is also the lead organizer of Human Library Singapore, which is a special library that allows readers to read and get to know human beings like the way they would with a book.

Don’t Judge a Book by its Cover!

After graduation, Kelly has been a regular volunteer with prisons and taken up the role of a befriender of inmates or ex-offenders, helping them integrate back into life when they finish their sentence.

“When I talked about my job to the people I’m working with, they were always very surprised and shocked. Since I’m a girl and went to prison, they worried that something bad would happen to me. And then every time I found myself having to explain that those assumptions were, in fact, contradicted the truth. Many of them were very helpful and motivated, they wanted to make a change in their lives for their families, their parents, and their mates, these kinds of things,” said Kelly.

Through volunteering and participating in various social events, Kelly realized that there are so many unknown misunderstood narratives in Singapore. And as time goes by, she discovered her passion for bringing people together, eradicating misconceptions and prejudices and felt a very strong sense of wanting to do something for the community.

However, it was not until last year when she attended a one-off Human Library session at the Singapore Management University that she grasped the most effective way of eliminating those obstacles was to develop mutual respect and comprehension among one another. The openness of living books made such a deep impression on Kelly as well as her Co-Founder that they felt the urge to find a way to replicate this model on a larger scale and make it more accessible for more Singaporeans to know about Human Library.

The Art of Storytelling

In a traditional library, books are read and discussed or shared among like-minded readers. Likewise, visitors to Human Library can ‘borrow’ living Books with ‘titles’ and engage in small-group conversations. These so-called Readers are expected to log into the online booking system and register prior to the event, but walk-ins are accepted too.

Originated from Denmark in 2000 as a “movement for social change”, Human Library has the potential to help people hear stories of those who are different from them and be the spark for the development of a more compassionate community.

These Books are not fictions. They are real experiences, real pains, real feelings, representing groups of people from diverse backgrounds who are misunderstood or discriminated against in society. Through Human Library, they can tell their innermost feelings, be heard, understood and empathized with. The Readers are encouraged to ask questions out of curiosity and respect, helping them gain a deeper understanding of each Book’s life.

“It is also important to understand that everyone has a story. People are not folders that can be conveniently labeled and slotted into filing cabinets. It’s about time we stop judging and start thinking. We lose so much of our ability to tap into the strengths of one another if we simply write people off because of the labels we have conveniently ascribed to them.” – Sherlin Giri, a widow who juggles raising her two children, her career and her passion for writing, shared her inspiring story at Human Library Singapore #3.

Human Library is such a powerful tool to get people to just sit down, listen to the people you normally would not get the chance to talk to or ask questions for fear of offending them, put yourselves in their shoes and really empathize with them for the reason that you cannot fault someone’s personal experiences.

The beginning phase of the project went fairly smoothly. They received a $3,000 grant from the Singapore National Youth Council, who gives sponsorships to youth groups with organizers below 35 years old.

Nevertheless, for the first event, Kelly and her three socially conscious co-founders didn’t know what the demands and reactions to Human Library would be in Singapore. Therefore, they intended to host it for 150 participants and 20 human books, but 2 weeks after the release of the Facebook event page, approximately 1,000 people showed their fascination and signed up for the event. The team were incredibly surprised and happy that Singaporeans are really enthusiastic about this initiative, so they decided to scale up the event and double the number of books. In the end, the event captivated more than 400 readers who heard stories from 49 human books.

The outcome was amazingly encouraging and illustrated a strong confirmation that Human Library does belong in Singapore, that they should continue their efforts.  Kelly also proudly credits the support of her avenger team featuring 10 organizers in total as part of the core team and over 30 volunteers to have successfully carried out such a massive scale event.

Since then, they have conducted 2 more big editions and a few smaller ones in between.

The first 2 events held on October 30, 2016, and March 5 this year took place in the city center so it attracted mostly youths. Then it struck Kelly that whether they could reach out to a wider range of audience. Therefore, the third run occurred in a community setting, the heartlands of Taman Jurong so that aunties and uncles, grandpas and grandmas could come for the event as well. The turnout was really good with 234 readers and 42 books.

At the outset of the project, only a small number of Singaporeans knew about Human Library and its concept. Hence, it started with the team contacting people and persuading them to be ‘books’. This group would be their friends or friends of friends, people who they encountered during volunteering days.

The work was relatively painstaking and time-consuming but they managed to put together a miscellaneous ‘library’.

However, the first event attracted the press a lot so Human Library Singapore appeared in various newspapers, online news and even the BBC  video entitled “The Human Library where you can borrow someone’s story” that went viral. Thanks to that, more and more people indicated their interest to be ‘books’.

The team decided to put up an online application form on their website so that people can just drop their stories and then before an event, once the detail of the coming event has been finalized, they will send an email to applicants and ask if they are willing to join.  If it is one’s first time being a book, the team would individually interview them to make sure they are clear about what Human Library is, what they are supposed to do as Books and whether they need any assistance.

Human Library is a 100% non-profit organization and everything is free. Human Books also appear at the library to share their stories with the public on a voluntary basis, with no salary or income. Therefore, Kelly really appreciates their spending time there and their courage to speak up as well.

Needless to say, Human Library Singapore creates a platform for the public to meet people from all walks of life that they probably would never come across, with the goal of erasing labels in society.

The team also tries to connect with a call to action that after the library session, readers will do or volunteer for something in order to actually channel this strong empathy and responsibility they are feeling into something actionable.

Personally speaking, with the influence of Human Library Singapore, Kelly wants to empower other people to organize their own Human Library events, and they can be a crucial source of advice and information or connection to Human Books.

For more updates about the coming events or registration to be a Human Book, visit the Human Library Singapore Facebook page or website: https://www.facebook.com/humanlibrarysg/ |  https://www.humanlibrarysg.org/ Little Marios – Empowering Communities, One Mushroom At A TimeA Miracle in The Storm